What Wife Want From Husband In The Bed 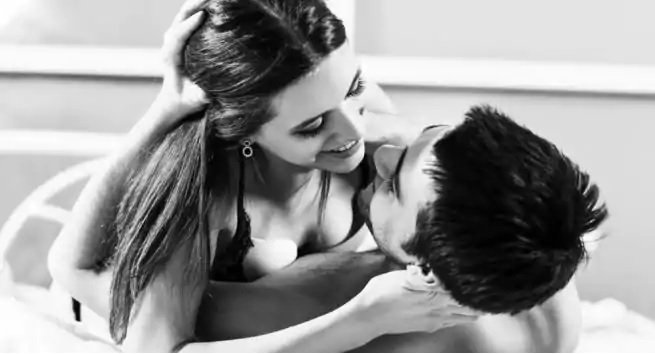 While making sex relations, what women want from a man has always been the subject of research. Much has been written on this earlier. Results of the latest research have emerged on this issue. In addition to the subjects of sex, more than 700 women have expressed their views openly.

That the most important thing to satisfy the sexual desire of the female partner in the bed. Women feel the love of men in many ways, most of which draws attention to the ‘mischief’ done by your mouth. To show love by putting eyes in eyes, to move lips on sensitive organs, to touch the body in any other way is pleasing to women. The touch of delicate organs from the front of the tongue is also enough to make women feel nauseated.

Sex the real fun of most of the action is not only on reaching the peak, but also to enjoy every moment of it. Foreplay is also an important part of it, which has its own fun. The women involved in the survey admitted that the excitement during the foreplay is of a different kind. Women said that men should be a little ‘creative’ in terms of sex. It is very pleasing to women to do something new and completely different.

All women want that their very soft organs should not be given much trouble in the initial stages. Women want men to behave sensitively with their sensitive organs. This means that during sexual intercourse, if they want to use the tongue and fingers, they create the necessary sensations, but refrain from giving pain.

Sex also, it is very important to take care of the position during sex relations. If the lower part of the woman is intercourse by raising it a little more with the help of two-three pillows, then it makes the connection properly. The situation is also better when the woman comes on top of the lying man and has sexual intercourse. This makes women feel more excitement in those ‘organs’.

Another position women and men like is ‘Doggy Style’. Meaning, in which the woman keeps herself balanced on the knees and hands and the man goes back after her and has sexual intercourse.

Don’t Be In Hurried

Only fifty percent of the women surveyed with ‘work’ said that they reach the peak in 10 minutes or less. According to the study published in a journal of sex medicine, men are satisfied by showing haste in sex, but women do not reach the peak. In such a situation, it is the responsibility of men to take their partner along with them in a long game without hurrying.

It Is Not Necessary To Reach The Peak Every Time

the woman must reach the peak every time, it is not necessary. Sometimes this is not possible due to stress and fatigue. In this case, instead of forcibly continuing the ‘game’ for half an hour, it is better to end it. Every time a man is not responsible for not taking it to the extreme. Still if the woman wants, you can satisfy her with your hands and fingers. Overall, the joy of this game only matters.